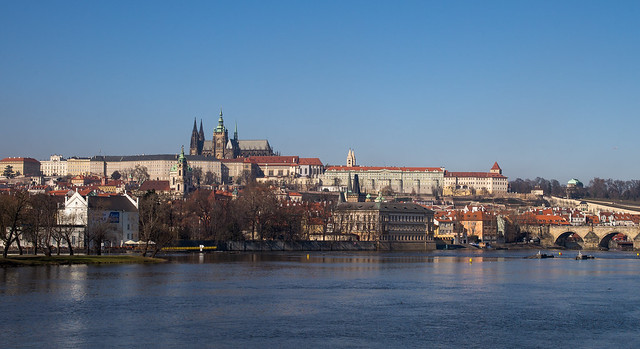 By the time you read this you will probably have heard, from me or from someone else, that Mary and I will be moving in the autumn. We are going to Prague, where I will be working as a Church of Scotland mission partner with The Evangelical Church of Czech Brethren as an Ecumenical and International Relations Officer for the next four years.

This will be quite a challenge, especially as my first job will be to become fluent in Czech – which, I am assured, is not an easy language to learn!  My job will concentrate particularly on creating and maintaining links and twinning arrangements between Czech congregations and congregations in the English-speaking world, organising and hosting visits, and supervising the English language output of the Czech church.

The Czech Republic is reckoned to be the most secular country in Europe, the country in which the desire of the Communist regimes to see religion wither and die has been most fully accomplished. But the secular atmosphere of the country is not only down to the machinations of the communist era, but also to the consumerism and hedonism that very quickly took its place – imported from the west.

So there is a continuing role for the church in calling the people to understand not only the individual liberty that has driven culture for the last nearly thirty years, but the collective responsibility we have to and for one another.

The church in the Czech Republic was the source of much of the  resistance to the deadening effect of collectivism, and the place to which people turned when times were hard and souls were desperate; it needs also to be the place where people go when the individualism, which our culture has created and encouraged and exported, becomes a burden and a barrier to people’s fulfilment.

We are looking forward to sharing in this work – and to doing something quite different for the last few years before retirement. We are sure it will be enriching and rewarding.

At the same time, after nine great years in the West End of Glasgow, moving is not only a physical upheaval and an organisational nightmare, it is also a personal and spiritual wrench. We have enjoyed sharing in the journey of Wellington congregation, and that of other friends in other churches, and will be sad to leave.

We have so much for which to be grateful – and I hope there will be a chance before our departure to express our thanks more fully.

You will always be in our thoughts and prayers.