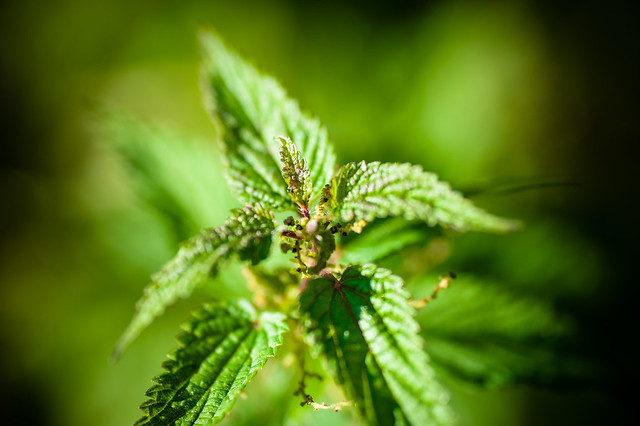 Two of us (Roger Sturrock and Robin Green) attended this conference which was held at Woodhill Evangelical Church in Bishopbriggs over the weekend of 18-19 March.

It began on the Friday evening with an address by John Keenan, Roman Catholic Bishop of Paisley, who set the scene for the main speaker Professor John Lennox from the University of Oxford.   Bishop Keenan outlined the key agenda for “Grasping the Nettle” which is to address (i) Science and God questions (ii) Secular Humanism’s religious stance (iii) Prevailing youth culture  which assumes that science has disproved religion (iv)  To develop a cogent Christian response to these issues.

The title of Prof. Lennox’s talk was “Face to Face with the new atheists”.  Influential atheists, of whom the best known is Richard Dawkins, insist on presenting the concept of God as an alternative to science.  This is absurd and is similar to the idea of “God of the gaps”, a shallow and discredited theology.  So Dawkins is simply tilting at straw targets of his own making.  God is not an alternative to science, but as the ground of all being is the reason why the scientific method works.  It is his very existence that makes rational explanation possible.  Such explanation is the role of science and mathematics and is the language in which much of that explanation has to be expressed.  Professor Lennox, who is a pure mathematician, is a very entertaining speaker with a rich sense of humour.  This was just the first of his contributions to a fascinating weekend.

The next morning we were entertained with a buffet breakfast before we started.  The morning proceedings were introduced by Angus Morrison, the Moderator of the General Assembly of the Church of Scotland.  He described “Grasping the Nettle” as an ambitious attempt to build confidence in communicating the essence of Christian belief in a sceptical age.

There followed an interview with John Lennox describing his clashes in public debate with the likes of Richard Dawkins and Christopher Hitchens.  After that we had a scholarly presentation from Professor David Ferguson of the University of Edinburgh, whose topic was “Responses to Our Mistakes, Past and Present”.  He examined the emergence of the scientific renaissance from medieval culture and how that modern atheism uses examples of mediaeval church history as a paradigm for how the church reacts to scientific challenges today.  However in mediaeval times science would be called natural philosophy and studying nature was seen as studying God’s handiwork.  For example Galileo, despite his cruel treatment at the hands of the church, remained loyal to the church throughout his life.

After a brief break for coffee we came back to another stimulating lecture from John Lennox.  This time his subject was “How the Christian Worldview – Rooted in Mind -Challenges the Atheist Worldview – Rooted in Mindlessness”.  Professor Lennox was now going on the attack against what he called “scientism”, the idea or principle that only science can lead to the truth.  In a brilliant reductio ad absurdum he argued that this is not a scientific statement but a statement about science; it is a “metascientific” statement.  As such, according to the basic principle of scientism, this statement must be false.  Hence scientism contradicts itself.

The final lecture of the morning was given by Professor Eric Priest FRS Professor of Theoretical Solar Physics in the Mathematics Department in the University of St Andrews, where he is currently doing great work promoting the interface between science and religion.  His topic “A View from the Cosmos” was a sincere presentation of how a most distinguished scientist related his work to his Christian faith.  His genuine expression of awe in his appreciation of the cosmos was very moving, especially his description of a total solar eclipse.

After an excellent buffet lunch we were treated to another lecture by Professor Lennox.  This time his topic was more theological “God, Science and Genesis – In Concert or in Conflict?”   He emphasised the importance of metaphor when interpreting Genesis.   This was the fourth time that he had spoken over the weekend and indicated his many diverse interests.  The proceedings were closed with a panel discussion in which we were able to share our impressions of a most interesting weekend.