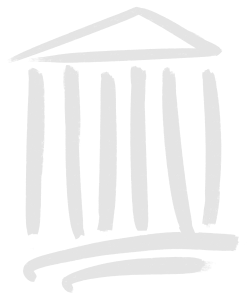 By the Reverend Dr. Kathy Galloway

Jesus said to them, “Have you never read in the scriptures: ‘The stone that the builders rejected has become the cornerstone; this was the Lord’s doing, and it is amazing in our eyes’?

I have recently been reading about the sorry involvement of Scotland in general, and Glasgow in particular, in slavery in the Caribbean. Though the port of Glasgow, and its nearby satellite ports of Greenock and Port Glasgow, had relatively little involvement in the actual trading of slaves to the Americas in comparison to other British ports such as Liverpool and Bristol, it was heavily engaged in the trading of commodities produced in the American plantations, particularly those of the Caribbean. Cotton, sugar and particularly tobacco were traded in vast amounts through Scotland (mostly Glasgow), at times more than all the English ports combined. Many merchants grew hugely rich through this trade; this is how the so-called Tobacco Lords got their wealth. Glasgow prospered as a mercantile city in the 18th century with tobacco from the Virginias and sugar from the Caribbean, produced by the labour of black chattel slaves.

But it wasn’t just the trading. It was also about the role of Scots as owners, managers and overseers of the plantations themselves. In Jamaica, it is estimated that around one-third of plantations were Scots-owned, and since many of the wealthy Scots owners had no wish to actually live there, job opportunities opened up for their relatives, employees and other young Scotsmen, as managers and overseers. Thousands of them travelled to the Caribbean slave islands in the second half of the eighteenth century, including to Tobago, where Scots largely ran the sugar plantations. The oppression and cruelty of plantation life, and the brutality of the overseers and managers, has been well-documented, and is well-known, though it is too easily forgotten, and hardly known at all by Scots, who are over- inclined to paint ourselves as victims of oppression.

The British slave trade was ended in 1807. The emancipation of slaves did not happen in Tobago until 1834, and even then, a system of bonded labour lasting around five years, was supposed to make the transition easier-for the owners. 11,589 slaves were freed, and compensation of £233,875 (an enormous amount, equivalent to many millions today) was paid-to the owners. At this time, the majority of the white population of Tobago was Scottish. The shocking silence in Scotland about our complicity with and profit from slavery in all its aspects is shameful. This is a part of Scottish history which we were not taught about at school, at least, not at my school!

I was reminded of this history on reading today’s gospel passage, the parable of the tenants in the vineyard. Perhaps it’s because the parable is also set on a plantation, though in this case, it’s a vineyard, not a sugar plantation. Perhaps it’s because of the frequent reference to slaves, who were an absolutely commonplace and accepted feature of life in the world of Jesus. Slavery was the bedrock of the economy of the Roman Empire; it’s estimated that the slave population of the Roman Empire made up approximately one-third of the total population. Even the Ten Commandments, traditionally considered in Judaism and Christianity to be the foundation stone of the moral order, implicitly take slavery for granted: ‘You shall not covet your neighbour’s house; you shall not covet your neighbour’s wife, or male or female slave, or ox, or donkey, or anything that belongs to your neighbour.’

Or perhaps it is simply the violent and bloody nature of this parable, with its beatings and stonings and killings, its wretches being put to a miserable death, which take me back to Tobago and its Scots overseers. Whichever it is, it’s a salutary reminder of two important points. First, how important it is not to take the Bible literally and out of context. Many passages and individual texts and verses have been widely interpreted and used over most of Christian history, and still are used in some places and by some people today, to authorize and justify slavery and white supremacy. And second, it reminds us that the society Jesus lived in was itself violent, brutal, under imperial rule, deeply divided and extremely fearful, riven with questions about leadership and authority.

To put the passage in context: like last Sunday’s gospel it comes just after Jesus has overturned the tables of the moneylenders in the temple. His action was a great shout of protest and outrage. By this point in the story, we know that Jesus loved the city, that he wept for its peace, that he was angry on behalf of its poor, whom he constantly made visible and that he had begun to challenge the status quo, and put forward an alternative vision of holiness. This was profoundly disturbing and threatening to the authorities in Jerusalem, whose temporal power, exercised on license, so to speak, from the Roman Empire, depended on their being able to demonstrate that they had not just the spiritual power that stemmed from their religious roles but the moral authority to ensure that the populace did not upset this balance of powers.

So here they are, these chief priests and elders, confronting Jesus as he taught in the temple, and asking him by what authority he did these things. As so often, they seek to trap him into speaking what could be described, and punished, as sedition and blasphemy. But Jesus turns their question on them by asking them where the authority of John the Baptist came from – from God or from man. If they said ‘from God’, Jesus would ask why they had not then heeded it. But if they said, from man, they were afraid of what the people might do, because the people believed that John was a prophet.

Then he tells the crowd three parables; you might recall from last Sunday that the first of these ended up with him telling the chief priests and elders that the tax collectors and prostitutes would be going into the kingdom of God before them, because they knew their own weakness and need of God, and believed in the way of the Lord which John the Baptist had proclaimed. A fairly provocative statement, and Jesus was about to get even more outspoken. At the time Matthew was writing his account, the early church in Jerusalem was just emerging, and the Pharisees were their main opponents. We can see Matthew reading back from a post-Easter time, and unlike the way the story is told by Mark and Luke, referring in particular to the Pharisees as the ones who will have the vineyard taken away from them and given to people who will produce good fruits from it. It’s a clear message about the opening up of the kingdom of God beyond the Jewish community to the new Christian community, and to encourage that small, struggling community. Jesus is compared to the son and heir who is killed but subsequently vindicated. ‘The stone that the builders rejected has become the cornerstone; this was the Lord’s doing, and it is amazing in our eyes’ It’s a message intended to bring hope in a dark and difficult time.

We always need to be careful about how we interpret such passages about the Jews and their leadership in the gospels. Past interpretations, like those about slavery, have been frequently and horribly used to justify anti-Semitism and the wholesale persecution of Jewish people many centuries later. We need to remember the context they were written in, and the people they were written for. But I think that there is still a word in this passage which can speak to us in our own context, and it’s somewhat similar to the one about the tax collectors and prostitutes going first into the kingdom of God. It’s about power, and the stories we tell ourselves about the nature of power and authority. It says to any nation or any community or indeed any individual, that we need to be very wary of claims of exceptionalism, or manifest destiny or uniqueness or specialness. All of us who lay claim to being particularly moral or virtuous or democratic or civilised or egalitarian in comparison with others are always at risk of being challenged on our double standards, or our shameful secrets, or just our failure to practice what we preach, as the slavery part of Scotland’s 18th century history reminds us. How often have the good fruits actually been seen, not in the powerful or self-justified but in those who are unnoticed, humble or unlikely. I invite you to take a moment just now to think of someone you know, or know of, who have produced a harvest of fruitfulness…and of Jesus, the rejected and humiliated one, who became the cornerstone.