We will show our documentaries as part of the West End Festival, some of which have links with Wellington Church. 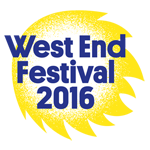 ‘Action for Peace – Sally Beaumont’ (22 mins), which is an interview with Sally; ‘Christianity is about relationship, hope – Rev Bruce Keeble’ (26 mins), in which Rev Keeble, the minister at Hillhead Baptist Church in the 1990s, talked about his childhood experience in China, including his captivity by the Japanese during the war; ‘The bird, the tree, the bell and the fish of Glasgow’ (33 mins), in which David Sinclair’s sermon at Wellington on the rhyme was quoted.

‘Glasgow West Housing Association: an unofficial story’ (41 mins), which is a story about GWHA’s beginning as Hillhead HA, which was established in 1978 by Wellington Church and Hillhead Baptist Church, with reflection from Jim Michael and Janet Craig; and ‘Live a tradition in Maramures, Romania’ (26 mins), in which you will see Jim Brown, who took us to this northerly part of Romania and introduced to us a local folk singer living in a traditional timber house.

‘Fukushima: 2011-2015’ (70 mins), which is a rather longer version of the video of the same title shown at Wellington Church on 11th March to mark the fifth anniversary of the earthquake, the tsunami and the nuclear accident.

Venue: Interfaith room, Glasgow University Chaplaincy (please enter from a door in West Quadrangle, as the gate from the Square is closed after 5pm).

This will be co-organised by Japan Desk Scotland and Glasgow University Chaplaincy. Free and open to the public.  Please come along.